Final sale of the year was an eclectic affair

Brightwells’ eighth and final sale of the year was a typically eclectic affair with a wide variety of cars and bikes on offer ranging from fully restored beauties to intriguing winter projects with plenty in-between. By the time the dust had finally settled, 119 of the 170 lots on offer had successfully changed hands for a total of just over £800,000 to give a sale rate of 70%.

Top seller of the day was a 1968 MGC GT which had been specially prepared for the 2016 Rally Of The Incas. Looking very purposeful with Sebring-style bumpers, pumped-up arches and a fast road triple-carb engine producing 205bhp, it bristled with high-tech rally features and looked like a great Christmas present for someone at £36,510, this being little more than half of what it originally cost to build. 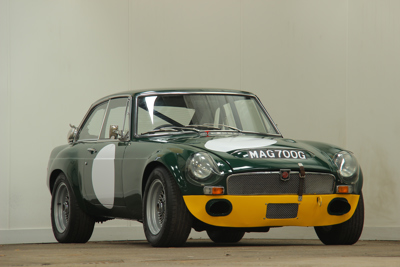 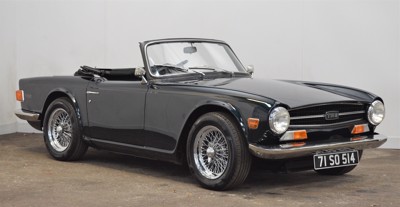 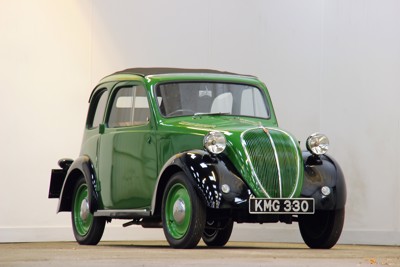 Other British sportscar results of note included the £25,760 raised by an unusually smart 1971 Triumph TR6 in rare Mallard Green with a walnut dash, chrome wire wheels and plenty of history to show careful upkeep. An ex-USA 1966 Triumph TR4A which had been restored and converted to RHD in the late-1990s looked like a safe bet at £16,010 while a 1952 MG TD that had mellowed nicely following a restoration in 2003 also looked good value at £17,360. A highly original 1978 Morgan Plus 8 that at first glance looked somewhat unappealing in its faded brown paintwork got rather more interesting when the ultra-low 6,800 miles on the clock was factored into the equation, hence the £21,390 result.

Equally brown but infinitely more exotic was a beautifully presented 1926 Delage DML long-wheelbase saloon. Oozing quality and with a wonderfully elegant and spacious interior, this French-built Bentley/Alvis alternative, with its powerful 3.25-litre straight-six engine, looked like a lot of car for £24,640 and is now off to a new home in Argentina.

Sticking with the pre-war theme, a meticulously restored and extremely rare 1939 Fiat 500A Topolino with four-seater coachwork by CR Abbott of London fully deserved the £12,540 required to secure it, while an equally charming 1933 Austin Seven RP Saloon from long-term storage raised a creditable £6,900. Smaller than both of them but just as cute was a 1959 BMW Isetta 300 in need of recommissioning following several years of inactivity which made £11,480.

Far more imposing was a 1953 Bentley R-Type which looked particularly striking in Garnet over Regal Red with a nicely mellowed tan leather interior. In running order but little used in recent years and in need of attention to the bodywork, it comfortably beat its £9k - £11k estimate to finish on £14,670, a price which left plenty of headroom for the remedial works required.

Just as glamorous in their own way were a pair of Jensen Interceptor projects, both MkIIIs and both in need of extensive bodywork repairs. At first glance the 1974 example looked the worst of the two with an accident-damaged front end but as it was a rock solid LHD car from sunny California we suspect that it may actually have been in better overall condition than the rusty 1971 UK car. However, at £8,680 and £11,200 respectively, they were both fairly bought considering that each would be worth well over three times as much when restored to a decent standard. 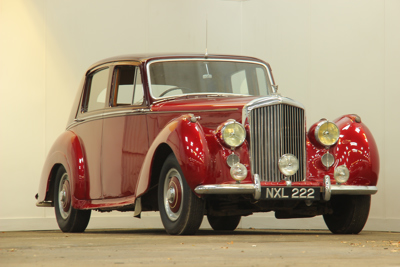 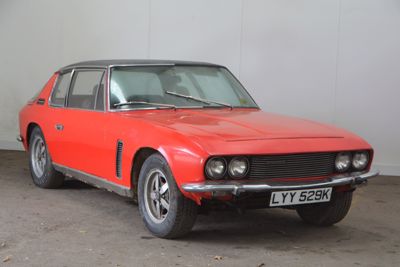 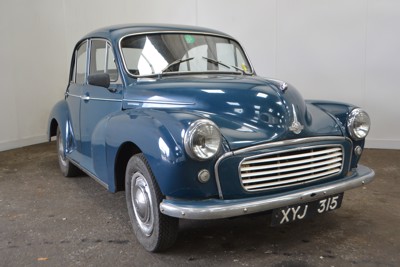 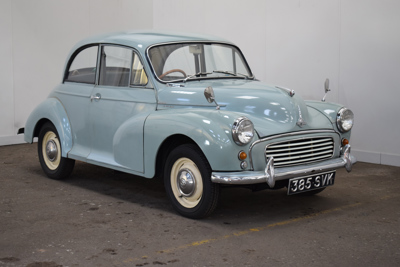 Fast Fords have become a phenomenon of the auction scene in recent years, rising in value so fast that they have eclipsed the appeal of lesser Blue Oval products that don’t have an RS or Twin Cam badge on the boot. So it was nice to see that a humble 1955 Ford Zephyr Six could still hit double figures, the smart MkI Convertible on offer rewarding the 30-year loyalty of its previous owner by fetching £17,640.

And speaking of loyalty, perhaps the most startling result of the sale was the result achieved by a 1987 Mercedes-Benz 280TE Estate. Owned by just one family from new, it was a nice car with sensible 99k mileage and attractive Lapis Blue paintwork, but few could have guessed just how far it would shoot above its £3k - £5k estimate. Easily the most fought-over car in the catalogue, it was pushed to a scarcely credible result of £20,720, much to the delight of the vendor’s family, and no doubt to other W123 Estate owners too. Only time will tell if this was a freak result or a harbinger of things to come…

Fine car though the W123 was, the succeeding W124 was perhaps even better so the 1993 Mercedes 320CE Cabriolet also on offer, with rare Weismann hardtop and similar mileage, could yet prove a bargain at £13,250. These two models are widely considered to represent the era of ‘peak-Benz’ when engineers still outranked bean counters so this is definitely a market segment to watch.

Pedal cars always seem to do well at auction, especially when Christmas is just around the corner, so it was no surprise that both the Morris Minor Juniors on offer were keenly fought-over, making £2,400 and £2,300 apiece, prices that would get you a very decent full-size example, as illustrated by the tidy 1960 Morris Minor 1000 elsewhere in the sale which made only a couple of hundred pounds more! All but four of the 18 motorcycles on offer also found new homes, top price going to a 1940 Norton 16H which made £6,440.

The next Brightwells Classic Vehicles auction will be on 16th February 2022 with a closing date for entries of 4th February so if you are thinking of selling, please get in touch by calling 01568 611122 or by emailing classiccars@brightwells.com. We wish you all a very merry Christmas in the meantime and, Omicron willing, we look forward to seeing a lot more of you in the new year that lies ahead.