With Britain changing Prime Ministers faster than most people change their bedsheets (three in the space of just one month!) and inflation at a 40-year high, you could be excused for thinking that investing in old cars would be the last thing on anyone’s mind. However, classic car enthusiasts are a cool-headed bunch and trade was as brisk as ever at Brightwells’ October sale: of the 160 lots on offer, 115 were successfully sold for a total of £745,000 to give a clearance rate of 72%.

Top seller of the day was a 1954 Jaguar XK140 Drophead Coupe which had been restored 30 years ago and barely driven since. A LHD American import with drum brakes all round, it fetched £50,900 which was considerably less than a RHD disc brake model would have made, Brexit having all but killed the market for LHD cars at UK auctions. 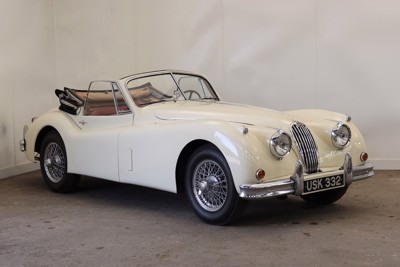 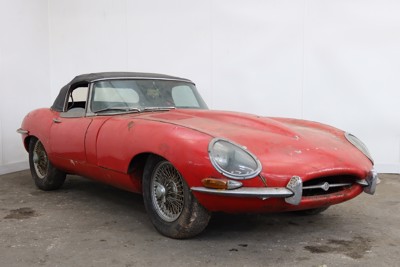 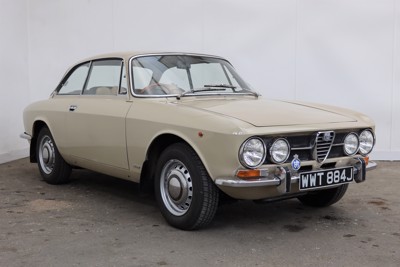 Next best was a 1966 Jaguar E-Type S1 4.2 Roadster which had been driven into storage in 1974 and lain unused since. A full-on restoration project with a seized engine, it almost doubled its estimate to finish on £47,700 – no real surprise as it would be worth up to three times that amount once restored to a high standard.

A remarkable two-owner 1971 Alfa Romeo 1750 GTV also did well at £33,700 – remarkable insofar as it was totally original and unrestored, even retaining its original paint which must have made it virtually unique. No doubt it would have made rather more if it had done half its 82k miles and had been finished in a more flattering colour than hearing-aid beige. Another interesting Italian offering was a 2000 Maserati Quattroporte IV, a rare 3.2 V8 Evoluzione model, which made £10,000.

Three of the four Triumph TR6 models found new homes, a LHD American import making £9,000 while a pair of fairly average RHD cars made around £13,000 apiece.

Attracting much attention during the viewing was a vast 1975 Lincoln Continental MkIV Blue Diamond Edition. Almost 20 feet long with a gas-guzzling 7.5 V8 under its enormous bonnet and a wonderfully louche blue velour interior, it almost doubled its £5k reserve to finish on £9,900. Okay, it won’t please Greta Thunberg or fit down your average British B-road, but what a lot of metal for the money! 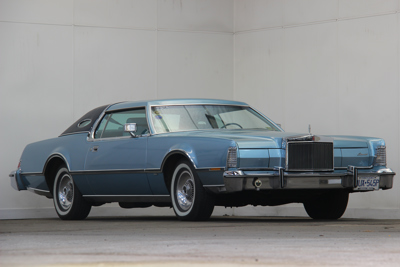 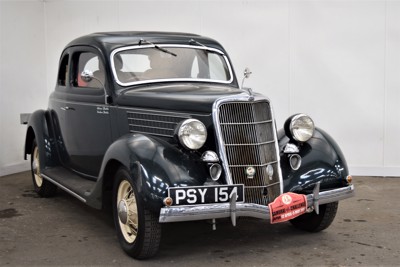 All but three of the 12 pre-war cars on offer were successfully sold, top honours going to a rare 1935 Ford V8 Opera Coupe with various modern upgrades (disc brakes; Toyota 5-speed gearbox etc) which almost doubled its estimate to finish on £25,870 – further proof of how positively the market reacts to ‘resto-mods’ these days.

The next Brightwells Classic Vehicles auction will be on 7th December with a closing date for entries of 25th November so if you are thinking of selling, please get in touch by calling 01568 611122 or by emailing classiccars@brightwells.com