Brightwells rounded off 2016 in fine style on 23rd November as all but 17 of 117 classic vehicles on offer were successfully hammered away for a combined total of just over £1m and an impressive 86% clearance rate.

Top price of the day went to a purposeful-looking 2002 Ferrari 360 Modena extensively modified as a road legal race car complete with roll cage, race seats and harnesses and lightweight Lexan windows. Despite having a Cat C insurance claim against it in the past, this thrilling machine romped to a £71,500 result and is just the kind of early Christmas present that any true petrolhead would love to gift themselves.

Not far behind was a similarly dramatic and almost equally quick Ford GT40 MkI replica that had been painstakingly built over a nine-year period by an ex-Ford engineer. With less than 6,000 miles under its wheels since completion in 2012, it looked a million dollars and was well-bought at £58,300, this being considerably less than the amount it cost to build and about fifty times less than the cost of a real GT40.

Much admired during the viewing was a stunning 1963 Bentley S3 Saloon with just one recorded keeper from new, Ellerman Investments (aka the billionaire Barclay brothers). With bills on file for over £40k in the last 13 years alone, it just exuded star quality and flew way beyond estimate to finish on a mighty £51,150, almost certainly a new auction record for the model and about double the going rate for a typical example of this aristocratic Sixties saloon. A 1932 Rolls-Royce 20/25 Park Ward Saloon was also successfully hammered away for £24,750 despite being painted in retail-unfriendly ‘wedding white’.

Equally aristocratic was a wonderfully original 1955 Lagonda 3-Litre Four-Door Saloon, one of only 270 made and very few survivors, this model having the misfortune to share its WO Bentley-designed 140bhp straight-six with the far more expensive Aston Martin DB2/4 which means that most have long since been broken for their engines. Beautifully patinated throughout and kept by the previous owner for over 40 years, this charming Fifties time capsule made a well-deserved £30,250 and is now on its way to join a large private collection in Hungary.

A very nicely presented and highly original ex-USA 1970 Mercedes-Benz 280SL Pagoda with manual gearbox comfortably exceeded its pre-sale estimate to finish on £44,550 but still has to be considered well-bought at this price as a comparable car in right-hand drive would have fetched perhaps half-as-much again. The same can be said in reverse for the 1965 Jaguar E-Type S1 4.2 Coupe, a scruffy old thing but in good mechanical order following a recent engine rebuild. Confidently entered at no reserve, it soared to £52,800 proving yet again just how desirable original UK market E-Types are compared to their far more plentiful (and far cheaper) LHD siblings.

Scruffy or not, it looked like a concours contender compared to the other E-Type in the sale, a very sorry-looking 1962 S1 3.8 Roadster body shell that had spent the last five decades languishing in a junk yard in Jamaica and was also offered at no reserve. Long since robbed of any removable parts it was nevertheless hotly contested by numerous phone and internet bidders all over the world before finally falling to an English collector for £23,650, the high price being accounted for by the fact that it was a very early RHD car (chassis number 413) with a fascinating back story having been first owned by Princess Nina Aga Khan. Requiring a huge amount of work and expenditure to get it back on the road, it could yet amply reward the buyer’s gamble as this is a car that could easily be worth in excess of £200k once restored to a high standard.

In similar vein the 1973 Jensen Interceptor MkIII with only 1,300 miles under its wheels since a major restoration could also prove a shrewd investment for its new Spanish owner at £22,000, the ‘Birmingham Ferrari’ being a model that is widely tipped for future growth. The 1983 AC 3000ME also looked a canny buy at £16,280 given that only 106 such cars were ever made and that the last two sold at Brightwells made just under and somewhat over £20k apiece.

The Austin-Healey 3000 is always an auction favourite so it was no surprise that the rally-prepared 1961 MkII on offer shot way beyond its £28k bottom estimate before being finally bagged by a Maltese phone bidder for an impressive £37,400. Equally brawny was the 1964 Jaguar MkII 3.8 Manual Overdrive Saloon which fetched a top estimate £21,450, while a marginally less potent 1965 MkII 3.4 MOD could only raise £14,520, no doubt being held back a little by what appeared to be fibreglass front wings. The beautifully original 1958 Jaguar MkI 2.4 had no such issues and with less than 33,000 miles on the clock it fully deserved the £16,720 required to secure it. A smart 1964 Jaguar S-Type 3.4 Automatic also looked like a lot of car for £14,300, this being a much more sophisticated car than any MkI or MkII but always (unfairly) undervalued by comparison due to its less graceful looks.

Perhaps the most swooned over car in the catalogue was the gorgeous 1955 Fiat Topolino 500C which was fresh from a nut-and-bolt restoration. Cute as a kitten and not much bigger, it sparked a fierce bidding battle which saw it romp well beyond its £10k bottom estimate to finish on a much more appropriate £15,400. Almost as sharp and not much bigger was the lovely 1951 Singer Nine AB Roadster which had been restored in the late-1990s and barely used since. With an interesting early history involving a couple of fighter pilot owners and a Scottish Earl, it also thoroughly deserved a top estimate £13,750 which made its journey to the sale from Ireland well worth the effort. A trio of other British roadsters also sold well, a tidy 1965 Triumph TR4A and a LHD 1956 MGA 1600 making £16,500 apiece while a charmingly patinated 1953 MG TD from long-term ownership raised £16,750.

As ever at Brightwells there was a good contingent of pre-war cars on offer, perhaps the most interesting being a rarely seen 1929 Fiat 509A Tourer which had an impressive roster of VSCC former owners. On offer from a deceased estate and in need of recommissioning after several years in storage, it looked good value at a mid-estimate £9,680. Dwarfing the little Fiat was an impressive 1927 Crossley 15/30 Tourer with coachwork by Holden of Australia, the continent on which the car spent its first 74 years. Nicely restored on its return to the UK in 2001, this potent and commodious Vintage tourer quickly exceeded its £12k bottom estimate before being finally bagged by a local collector for £16,100.

An extremely rare 1934 Riley 12/6 Mentone Saloon being offered at no reserve also attracted a great deal of interest, a German phone bidder beating off considerable competition in the room to secure the car for £13,750, although one or two of the underbidders were later overheard kicking themselves for their hesitancy once the hammer had fallen, this being another car that was well bought, we feel. Equally rare and interesting was the 1934 Hillman Aero Minx restoration project which raised £9,100 and should amply reward the work required to return it to a roadworthy state.

“Although it was a slightly smaller catalogue than usual there were enough gems among the lots on offer to attract our usual large crowd of bidders and our 85% sale rate proves that there is no slackening in demand for classics in all price brackets,” said Brightwells consultant, James Dennison. “We look forward to hosting another five sales from our Leominster venue in 2017 and we are also very excited to be adding another three sales to our calendar from our new office at the Bicester Heritage site in Oxfordshire. The inaugural Bicester sale will be on Wednesday 5th April and entries are now being invited.”

To view the results of the November sale in full, please visit www.brightwells.com and click on ‘Classic Motoring’ or phone 01568 611122. Brightwells’ next Leominster Classic & Vintage sale is on 8th March 2017 and entries are now being invited with free valuations available by emailing classiccars@brightwells.com. The closing date is Friday 10th February so please do not leave it until the last minute or your entry may have to be deferred until our 17th May sale. 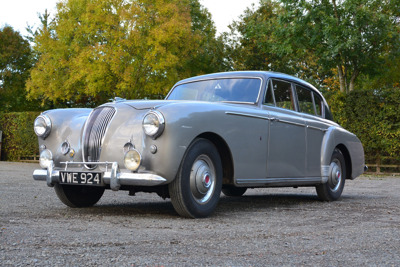 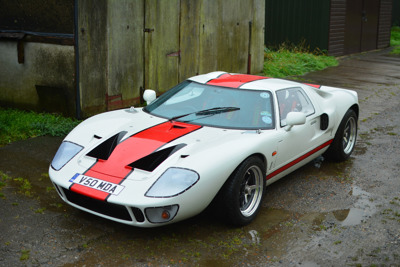