80% of Classic Cars are sold yet again

Despite the heaviest snowfalls for 50 years just a week before the auction which left drifts 10 feet deep on some of the roads to Leominster, the thaw came just in time and there was the usual huge turnout at Brightwells on 7th March as bidders came from far and wide to see over 120 classic cars and motorcycles come under the auctioneer’s hammer. By the end of the day 80% of entries had been sold and around £700,000 had changed hands with bidders from as far afield as Austria, Belgium, France, Germany and one intrepid soul from Kenya.

Top price honours went to a nicely mellowed 1975 Aston Martin V8 Series 3 Automatic with much recent fettling by marque specialists which made £60,000 but still looked like a good buy when you see what some dealers are asking for these great British bruisers. Not far behind was a 1961 Jaguar XK150 SE 3.8 Coupe from long-term ownership with nice straight panels and a lovely patina which comfortably romped to a top estimate £55,000.Sailing way beyond its £20k - £25k estimate was a beautifully restored 1953 Daimler Empress MkII Two-Door Hooper Saloon, one of only two made in this elegant ‘razor edge’ body style which was hotly contested to a £37,950 finish. A really lovely 1957 Daimler Conquest Century MkII Saloon with only 21,300 miles on the odometer and in fine, largely original condition throughout also fully deserved to reach a top estimate £10,450, this being about double the usual rate for one of these stately but somewhat unloved carriages.

Both of the MkII Jaguars on offer were successfully hammered away, a charmingly original 1964 3.4 in Old English White with red leather making £18,700 while a restored and somewhat less characterful 1967 340 in BRG with a retrimmed beige interior raised £15,400 and is currently on its way to a new home in Spain. A rather scruffy 1976 Daimler Sovereign 4.2 Coupe for recommissioning after 10 years in storage but with rare manual overdrive transmission also found a buyer at £7,590, as did a stunning 2000 Jaguar XJ8 3.2 with only 33,500 miles on the clock at £6,600, run-of-the-mill examples typically going for well under half this amount.

A 1950 Lea-Francis 2.5 Sports restored about 10 years ago by marque specialist Barrie Price was hammered away for a not inconsiderable £34,650 but still looked like a shrewd buy as only 85 of these distinctive roadsters were made and fewer than 50 are known to survive. Equally rare was a beautifully restored and mighty impressive 1937 Austin 20/6 Mayfair Limousine, a full seven-seater and worth every penny of the £16,500 required to secure it.

Old Land Rovers always do well at Brightwells and the two Series Ones on offer both found new owners, a very scruffy but highly original 1950 80” ‘lights behind the grille’ model raising £17,600 while a nicely restored but slightly later and therefore less desirable 1957 88” made £13,420. Project cars are also keenly fought over and a completely dismantled 1933 Alvis SA 11.9 Cross & Ellis Tourer looked like an interesting challenge at a top estimate £11,000 and will keep someone amused for years as they try to figure out how it goes back together, while a derelict 1953 Mercedes 220 Saloon and a 1976 Alfa Romeo GT 1600 Junior looked equally daunting at £4,180 and £3,850 respectively.

“It was a good start to the year and we were pleased to hit our usual 80% sale rate once again despite the atrocious weather immediately before the sale,” said Brightwells’ consultant James Dennison. “2018 is already shaping up to be our busiest year ever with at least another dozen sales still to come including the fascinating Jaguar Land Rover Collection sale at Bicester Heritage on 21st March, all to be offered at no reserve.”

To view the results of the March Classic Sale in full, please visit our past results section or phone 01568 611122. Brightwells’ next Leominster Classic & Vintage sale is on 16th May 2018 and entries are now being invited with free valuations available by emailing classiccars@brightwells.com. The closing date is Monday 16th April so please do not leave it until the last minute or your entry may have to be deferred until our 11th July sale.

ENDS
All the prices given above include the 10% buyer’s premium. 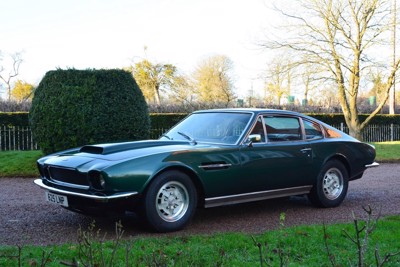 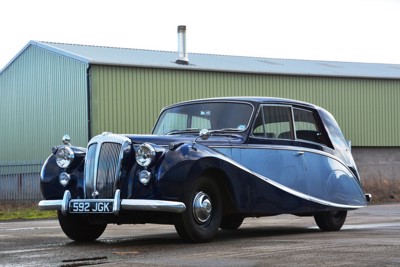 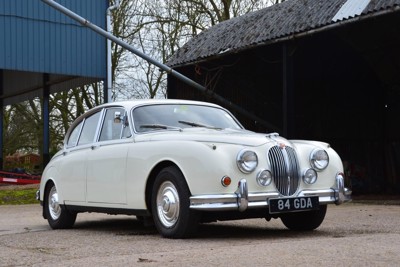 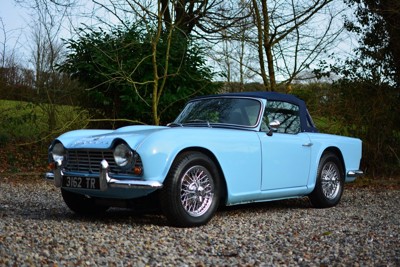